Annacis Island is a largely industrial island on the Fraser river in British Columbia, Canada. It is located in the Delta region of the Vancouver metropolitan area, just south of downtown Vancouver.

The numerous industrial buildings and extensive network of track (including a rail-barge terminal) you can see on the map above  provide plenty of opportunities for modules or a larger industrial switching layout.

The Annacis Island tracks are served by a short-line operator called the Southern Railway of British Columbia (SRY). SRY locos are painted in an understated but very attractive dark blue and black livery that I’ve always wanted to model. 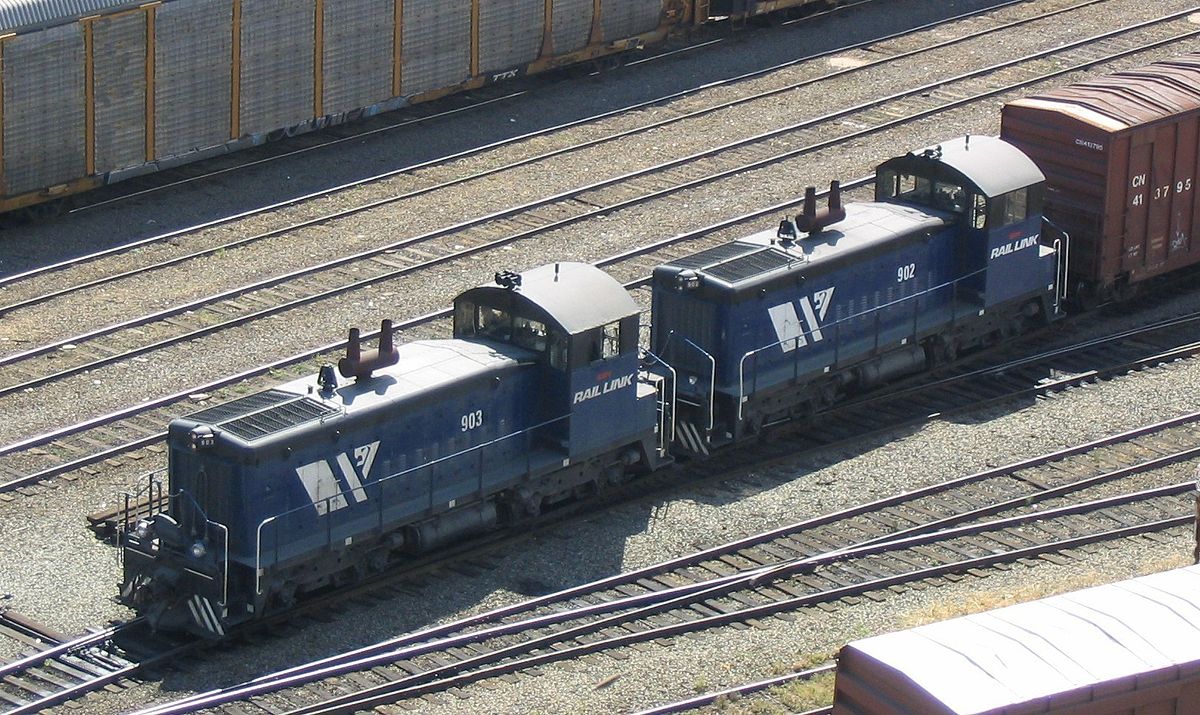 The SRY uses a mixture of EMD GP-9 and EMD SW900 locomotives as well as GMD GMD-1s, EMD SD38-2 and EMD SD38AC. Unfortunately it doesn’t look like any of these locos are currently available in SRY livery in N scale but they’d make an interesting scratch-build.

If scratch-building is not your thing the SRY network also interchanges with the Canadian National (CN), Canadian Pacific (CPR), BNSF and Union Pacific (UP) so if you don’t mind using a non-prototypical operator you could always run locomotives from these railroads on your Annacis Island inspired modules instead.

Almost one-half of the traffic we handle originates or terminates on Annacis Island, where major automobile and forest product distribution facilities are located.

The SRY also move building, agricultural, chemicals, consumer and steel loads so there is plenty of potential for interesting trains with mixed loads.

It’s an interesting area with a variety of rail-served industries, modelable operations (rail-barge) and structures so I’ll be making further posts about how these could be converted into modules or cameos in the near future.

Rail Served Industries In Europe #2: A Ghost In Hamburg